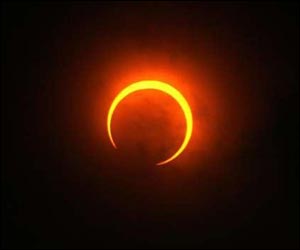 New Moon Total Solar Eclipse in Scorpio on Nov. 13, 2012. Today’s total solar eclipse (Nov. 13, 2012) will only be visible in its entirety in northern Australia. During a total solar eclipse the Moon moves in front of the Sun as seen from Earth, their separation and alignment such that the Moon appears large enough to temporarily block out the Sun’s light.