“This Full Moon in Cancer is a glorious moon – ripe and juicy with the fruit of the past, and pregnant with the potential of the future.”

Tonight, January 4, 2015, is first full moon of The New Year. Such a special light! Such a bitter-sweet reflection!

This full moon happens in Cancer, the sign of the past, of Mother, of nurture, of family history and ancient connection – of holding fast to the blood that binds us.

I’m feeling this moon as a strong pull compelling me to remember where I come from and what is important to hold onto from the past, just as I’m poised to make a powerful, intense, and totally fresh thrust toward the future – mending or purging relationships as needed – pressing my face bravely toward the winds of the unknown and the untried – bracing for the unexpected, while I stand true in the knowledge of my roots and my integrity.

This Full Moon in Cancer is a glorious moon – ripe and juicy with the fruit of the past, and pregnant with the potential of the future.

For those who speak Astrologese, my words come from the symbolism of the Moon in Cancer in opposition to the Sun/Pluto conjunction in Capricorn, both of which complete a Grand Cross to the South Node conjunct Uranus in Aries in opposition to the North Node in Libra. This Full Moon triggers the Cardinal Grand Cross from this past April, including the Uranus/Pluto square that was exact for the 6th time on Monday, Dec. 15, 2014. One more exact Uranus/Pluto square coming up in March 2015. Incredibly powerful stuff.

I want to offer some key words and phrases to focus on in advance of my upcoming free New Moon Tele-Class and Meditation on Thursday, July 19, 2012 at 6pm Eastern.

Key Words / Phrases to Reflect On for this New Moon Chart

emotional becoming (i.e. allowing emotions to be more prevalent in the focus of becoming you)
sustained emotional growth
carefully expressing deep feelings
long-term emotional bonding
creating comfort
understanding where you belong
nurturing the self
nurturing loved ones
Mother (the great archetypal Mother, you as a mother, your mother, what it means to be a mother)
your children
your inner child
balancing home and work
emotional security
the bonds of love
the responsibility of family

That’s probably enough to start with…

And I look forward to talking with you on Thursday!

Here is the chart we’ll be using, from the perspective of Atlanta, GA. 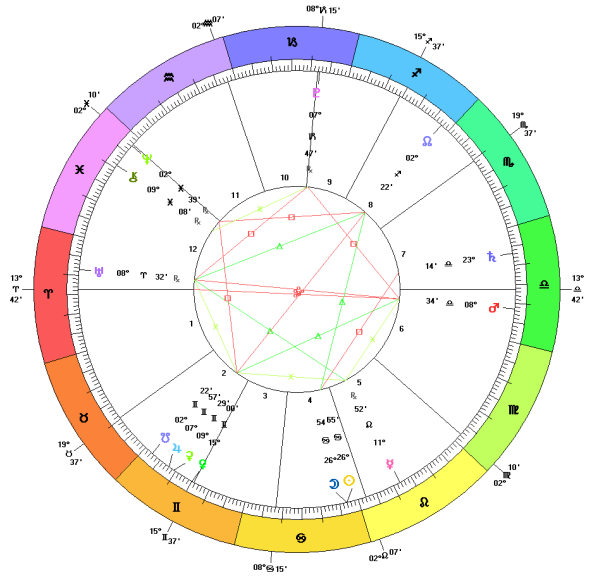 New Moon in Cancer on July 19, 2012 from the perspective of Atlanta, GA

Great Gratitude Offer!
Only for Participants in the New Moon Tele-Class & Meditation

Here’s your Great Gratitude Offer for Participating in the
New Moon Tele-Class & Meditation on Thursday, July 19 at 6pm Eastern!

Take 20% Off an Individual Consultation!

Everyone who joins me on this New Moon Tele-Class and Meditation will receive 20% off your first Individual Consultation until the Full Moon on August 1st! That’s two weeks to take advantage of this Great Gratitude Offer! To schedule your gratitude appointment, just email Astrology@MichelleGregg.com after the class on Thursday.
Looking forward to it!